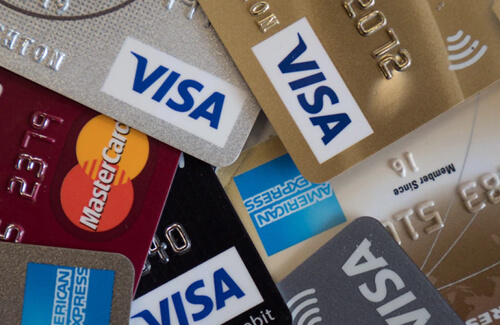 Australians are getting “extremely poor value for money” on their consumer credit insurance (CCI), according to the corporate regulator’s frank and scathing assessment of the industry.

On average, customers are only receiving 11 cents for every dollar they spend on CCI premiums linked with their credit cards, the Australian Securities and Investments Commission (ASIC) revealed in its report, released on Thursday.

Across all CCI products — including mortgages and personal loans — customers are still only getting back 19 cents for every dollar on the premiums they pay.

ASIC scrutinised the credit insurance offered by Australia’s 11 biggest banks and lenders — including Westpac, ANZ, NAB and the Commonwealth Bank/Bankwest.

CCI provides payouts to help cover loan or credit card repayments if someone is sick, injured or loses their job and is, therefore, unable to make the minimum repayments.

However, the industry is dogged by “unfair”, “high-pressure” sales tactics, often from salespeople over the phone.

The regulator found that “consumers were sold CCI despite the fact they were ineligible to claim under their policy”.

Another common problem that ASIC identified was overcharging — in particular, consumers still being charged ongoing CCI premiums, even though they had finished paying off their loans.

‘Aren’t worth the paper they’re printed on’

“These junk policies are touted as ‘added protection’ for people just in case things go wrong and they are unable to pay their [repayments],” said the Consumer Action Law Centre’s chief executive Gerard Brody.

“The reality is too often people aren’t actually covered by the policy they’ve paid for.

“They often don’t even know they’ve bought insurance in the first place, and the pitiful payouts they do get from the policy aren’t worth the paper they’re printed on.”

Last November, the Commonwealth Bank was sharply criticised at the banking royal commission for selling junk CCI to tens of thousands of customers, including students, pensioners and unemployed people — many of whom would be ineligible to claim on the policy.

CBA’s chief executive Matt Comyn said he discovered this problem in April 2015 (when he was the head of retail banking) and attempted to raise it with his boss Ian Narev, the former CEO.

Mr Comyn told the commission that, after a “robust” discussion, Mr Narev had asked him to “temper your sense of justice”.

Australia’s largest bank is paying $45 million in compensation to around 150,000 customers who were mis-sold this insurance.

To claim on Latitude’s insurance, the customer had to have worked for at least 20 hours per week before losing their job.

However, the company still sold that product to people who failed to meet that 20-hour criterion, and were therefore paying premiums for a policy on which they would never receive any benefit.

Latitude had to refund $1.1 million to the 905 customers who were affected.

Banks and lenders will be sued

“We are deeply troubled by the findings in our report, and the stories they tell of unfair practices occurring within Australia’s largest and most well-known financial institutions,” ASIC Commissioner Sean Hughes said.

“Lenders and insurers have had more than enough time to improve sales practices and provide better value for consumers.

“An inevitable consequence of these widespread failings and mis-selling practices will involve ASIC taking significant enforcement action against some of the entities named in our report.”

ASIC is yet to name the banks or lender it is plans to sue in court proceedings.

The regulator is also planning to implement a complete ban on unsolicited phone calls from salespeople trying to sell CCI to unsuspecting customers.

“We will shortly consult with all interested participants and consumers with a view to ASIC completely banning this practice.”